In 1969, Matta-Clark moved back to New York. Over the following two years, he explored the metamorphic possibilities of cooking, beginning by frying Polaroid photographs in oil with gold leaf. In the early 1970s, he helped organize 112 Greene Street, an exhibition space showing new art. He also collaborated on Food, a combined restaurant and performance piece; madeGarbage Wall, a prototype shelter for the homeless; and was active in building SoHo as an artists’ community. He addressed popular culture in the 1973 Photoglyphs, hand-colored black-and-white photographs depicting New York’s burgeoning graffiti.

During the 1970s, Matta-Clark made the works for which he is best known: his “anarchitecture.” These were temporary works created by sawing and carving sections out of buildings, most of which were scheduled to be destroyed. He documented these projects in photography and film. Although he made interventions into a former iron foundry in Genoa, Italy, in 1973, his first large-scale project has been defined as Splitting (1974). To create this work, Matta-Clark sawed two parallel slices through a nondescript wood-frame house in Englewood, New Jersey, and removed the material between the two cuts. In addition, he cut out the corners of the house’s roof, which were subsequently shown at John Gibson Gallery in New York. He made similar gestures in some of his photographs, cutting the actual negatives rather than manipulating individual prints.

In Day’s End (1975), the artist removed part of the floor and roof of a derelict pier in Manhattan, creating a “sun and water temple.” After he worked undiscovered on the project for two months, the City of New York filed a lawsuit against him; it was eventually dropped. For the Biennale de Paris the same year, he made Conical Intersect by cutting a large cone-shaped hole through two seventeenth-century townhouses, which were to be knocked down to construct the then-controversial Centre Georges Pompidou. In 1976, Matta-Clark created his own controversy. Rather than participating in an exhibition alongside well-known architects as planned, he shot out the windows of the Institute of Architecture and Urban Studies in New York. This act has been interpreted as a protest against the architectural establishment. Interested in the inner workings underneath the visible, he filmed and photographed tunnels, sewers, and catacombs in New York and Paris in 1977, a project aided by a fellowship from the John Simon Guggenheim Memorial Foundation.

Matta-Clark’s twin brother committed suicide in 1976 by jumping from the window of the artist’s SoHo loft. After marrying, Matta-Clark himself died at a young age, from cancer on August 27, 1978. Before his death, his work was shown in several solo gallery exhibitions as well as in solo shows at the Museo de Bellas Artes in Santiago, Chile (1971), Neue Galerie der Stadt in Aachen, Germany (1974), Musée d’Art Moderne de la Ville de Paris (1974), and the Museum of Contemporary Art in Chicago (1978). 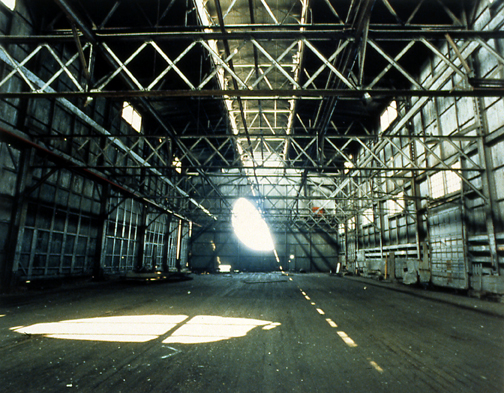 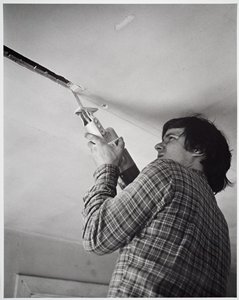